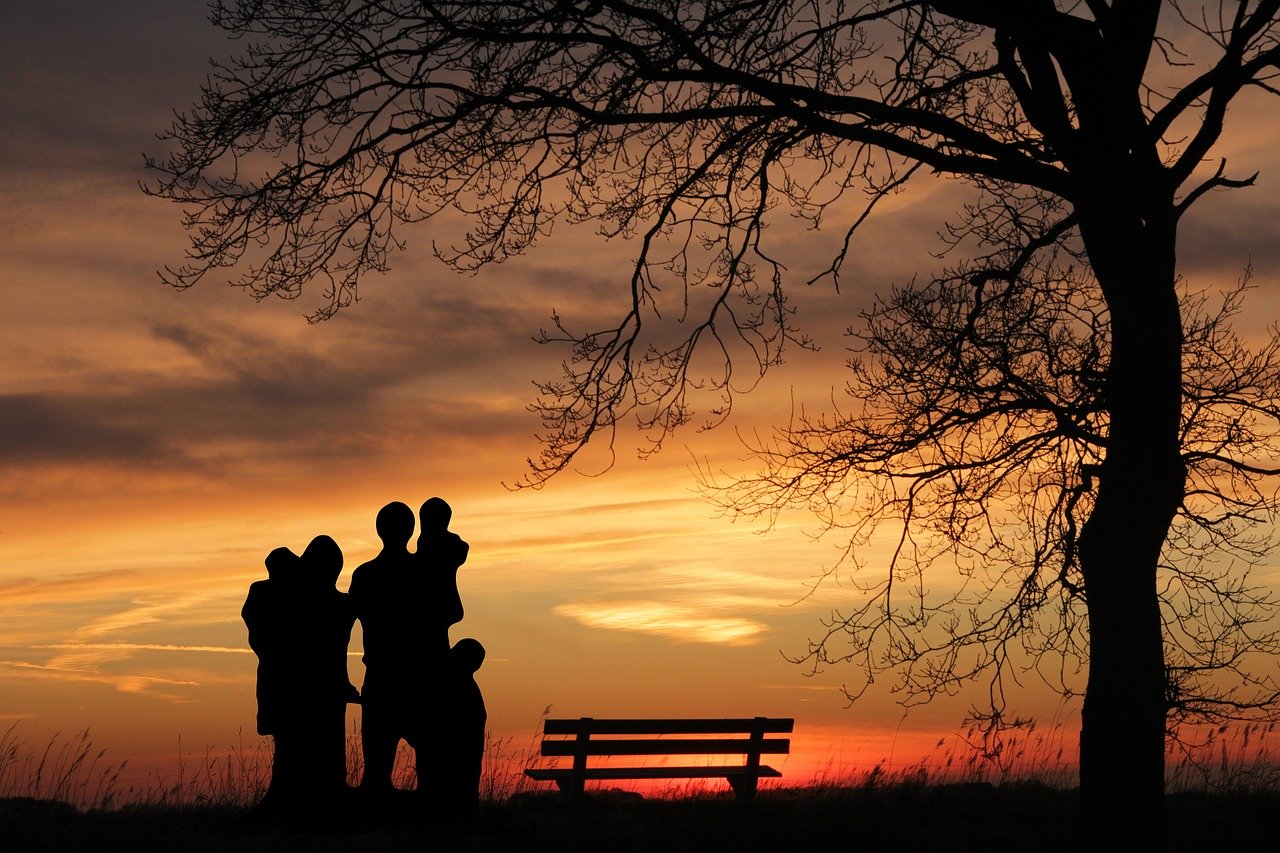 Home News Maintenance – current thinking and where is it going?

Maintenance – current thinking and where is it going?

Child support and spousal maintenance from a Dutch perspective

I will start with an explanation of the Dutch law regarding the calculation of child support. After that, I discuss spousal maintenance in the Netherlands including a significant law amendment with regard to the duration of the spousal maintenance obligation that came into force on 1st January 2020. I will finish with some examples of the issues we deal with in the Netherlands from an international perspective.

In the Netherlands, children must be supported financially by both parents until they turn 21. As well as parents, legal step-parents also have the duty to contribute to the costs of their step-children who are part of their family. The starting point it that parents and step-parents are obliged to pay the costs of children in proportion to their income. However, it is possible to make a different agreement about the division of the costs. Until a child turns 18, the child support is paid to the parent with whom the child has its main residence, or to a joint “children’s account”, from which all expenses are paid. From 18 onward, the child support is paid to the child itself. Most parents agree that if a child is still living at home after 18, the child support is still paid to the other parent.

According to Dutch law, there are two main criteria regarding child support; ‘need’ and ‘capacity to pay’. Children are automatically deemed ‘needy’. The question is, how great is their need? For that, the law turns to special tables. The Dutch Central Statistics Office has researched the costs of children in households, based on a certain income. The idea is that according to the joint net income during the relationship and the children’s ages, an amount can be read from the tables. A different method is to calculate manually what the children’s costs are according to payments that parents have made for them. After assessing what the children need, a calculation is made of what both parents can contribute towards meeting that need.

In order to calculate the capacity to pay, we determine the net disposable income per month. One third of the net disposable income is what is assumed to be costs for housing and € 975 a month is for day to day expenses. Both these costs are deducted from the net disposable income and 70% of what remains is available for child support. This means that the actual expenses are not taken into account when calculating a parent’s capacity to pay. The reason for using these standard amounts is to avoid discussions and numerous legal proceedings between parents. Also, it is likely that parents will increase their expenses in an attempt to lower the child support that they have to pay to the other parent. Another reason is that child support is considered to be more important than other expenses. Child support also has priority over spousal maintenance, which brings me to the next topic.

If there is a significant income gap between the spouses, the spouse with the lower income could be entitled to spousal maintenance if she or he is unable to provide their own costs of living after divorce. The starting point is that everyone should meet their own needs. However, if someone is unable to do this, that person could claim spousal maintenance from their former spouse.

Since 1919, the legal basis for spousal maintenance in the Netherlands is the solidarity that is formed by marriage (“lotsverbondenheid”). Although divorced clients often no longer feel solidarity after divorce, there is assumed to be an ongoing solidarity after divorce. Originally, spousal maintenance was a life-long obligation for husbands in case of divorce. To put this into perspective, this law was created in the year 1838 when women did not have voting rights, were legally incapable of performing legal acts without a marriage and were mostly taking care of the household and raising the children.

A lot has changed since 1838. In 1994, the life-long obligation for spousal maintenance changed into a maximum period of 12 years, starting from the day when the marriage is dissolved. The reason for this period of 12 years was to guarantee the independent position of the woman. The aim of spousal maintenance was compensation for the actual effect of the marriage on the woman’s employment status due to the fact that women were supposed to be the main caretakers of children and the household.

However, this image no longer fits in with our present society. There is no longer support for the period of 12 years, because that lengthy period does not stimulate economic independence, mostly of women. The government wants to improve their financial independence. Nowadays, both women and men have plenty of opportunities to develop a career and raise children at the same time, for example by working part-time and making use of childcare. Therefore, the initiators of the adjustment to the law proposed to shorten the period for entitlement to spousal maintenance to half the duration of the marriage, subject to a maximum of 5 years. This legal amendment is an incentive to become financially more independent after divorce. This should be a reasonable period in order to prepare oneself to cover one’s own costs of living.

After years of negotiation, the new law has been accepted. As a result, since 1stJanuary 2020, the spousal maintenance period has changed to half the duration of the marriage, subject to a maximum of 5 years. This legal amendment led to a large number of divorce petitions shortly before 1st January 2020 to apply the “old’ law. When a divorce petition is filed on or after 1st January 2020, the new law applies to them.

However, for particular groups it will be more difficult to cover the personal costs of living after such a short period of spousal maintenance. For that reason, the new law provides exception clauses for marriages with young children, long-term marriages and distressing cases. For these groups, the maximum duration of spousal maintenance is longer.

The first exception is made where spouses have children under the age of 12. In this case, the obligation to pay spousal maintenance will not end before the youngest child reaches the age of 12.

Secondly, for marriages that have lasted longer than 15 years and where the recipient will reach retirement age within 10 years, the maximum duration will be 10 years. The maximum duration is also 10 years for long-term marriages when the recipient of spousal maintenance was born before 1970. This exception is focused on people who experience difficulties in returning to the labour market because of their age at the time of divorce.

The last exception could apply in case of illness or permanent disability of the spouse who is applying for spousal maintenance. These circumstances can be a reason for courts to apply the hardship clause and extend the duration because it is not possible to return to the labour market. The court will take all circumstances into account.

Spousal maintenance is determined by the same criteria as child support – need and financial capacity – and in accordance with the same maintenance criteria report.

A need is a condition which is used to determine maintenance. In case law, a line of authority has developed which says that 60% of the net income during marriage, after the costs of the children are deducted, could be considered as need. It is therefore called the ‘60% rule’. During the marriage. the spouses were each entitled to half of the net income. Because the costs of a single household are higher than a family household, the 50% is increased by 10%.

Another way to determine how much a spouse needs is to fill in a list of need with all the monthly expenses based on the past (lifestyle) and the future (living expenses etc.). In proceedings, this list of need often results in drawn-out discussions in court about all the expenses and receipts.

The next question is whether the debtor has enough financial capacity to pay the established need. This will be based on the income of the debtor and reasonable expenses.

A relevant change of circumstances, such as a decrease or increase in income of (one of) the spouses, could be a reason to change the amount of spousal maintenance. Spouses can agree by mutual consent or can ask the court to change the amount. The right to spousal maintenance ends if the recipient marries, has a registered partnership or is in a relationship that is similar to a marriage.

A few maintenance issues from the international perspective

The rules regarding tax deduction can differ from country to country. This leads to discussions regarding the amount when the debtor does not live and work in the Netherlands and is therefore not taxable in the Netherlands. When assisting the debtor, it is important to inform the court about the deductibility in a foreign country, in order to prevent the court from determining a gross amount and the debtor paying too much. With a decent explanation, the court will make a net calculation instead of a gross calculation of the financial capacity. This results in a lower amount of spousal maintenance and is a disadvantage for the recipient who lives in the Netherlands, because the recipient still has to pay income tax on the spousal maintenance.

2. Costs of living in foreign countries

As well as the differences regarding tax-deduction, there can be a difference in the level of day-to-day expenses of the debtor living in a foreign country. In the Netherlands, the court takes into account the Dutch welfare norm of € 1,052 a month for day-to-day living expenses. If you can substantiate that life is more expensive in the country where your client resides, it is possible to argue that this amount should be increased. We use the Big Mac index to demonstrate that a higher amount should be taken into account for day-to-day expenses. If you fail to put this forward, the financial capacity might possibly be set too high.

In practice, the court deals with this by establishing the spousal maintenance amount followed by examining whether it is possible for the spouse to pay this amount as a lump sum. This is an exceptional approach, because in the Netherlands parties can usually only agree to pay a lump sum by mutual consent. When a court fixes spousal maintenance, it will be a monthly amount. 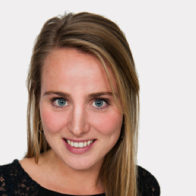 Sophie Zeilstra
Family lawyer
As of November 1, 2016, Sophie has joined LINK Advocaten. At the Amsterdam office she deals with all aspects of family law and inheritance law.
Read more 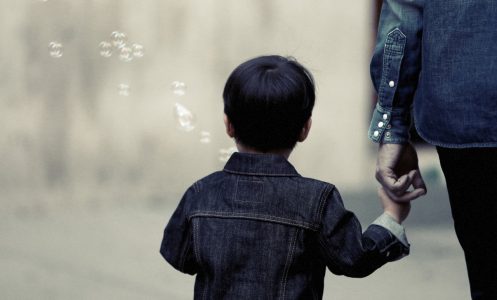 The voice of the child and the guardian ad litem in 1980 Hague return procedures in The Netherlands
Every year more than 200 children are abducted in the Netherlands by one of their parents and taken abroad, or abducted abroad and taken to (…)
Read more 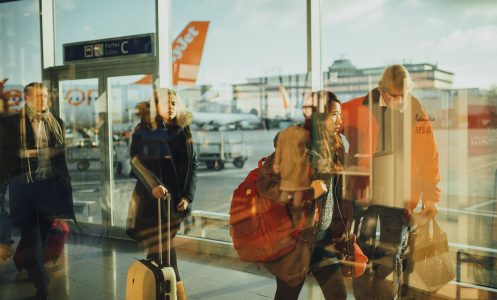